A playful way to reflect on the past

During two days in the Spring of 2017, Artcodes was used to offer visitors an alternative museum experience, inviting them to a form of “critical play” within the museum’s premises. The objective was to make a poetic and playful experience, which could lead visitors to engage critically with the violent history of the former republic. It was called Monuments for a Departed Future (or Monuments for short). The experience focused on the abstract anti-fascist WWII monuments built between 1960 and 1990 – internationally known as the ‘Spomeniks’. 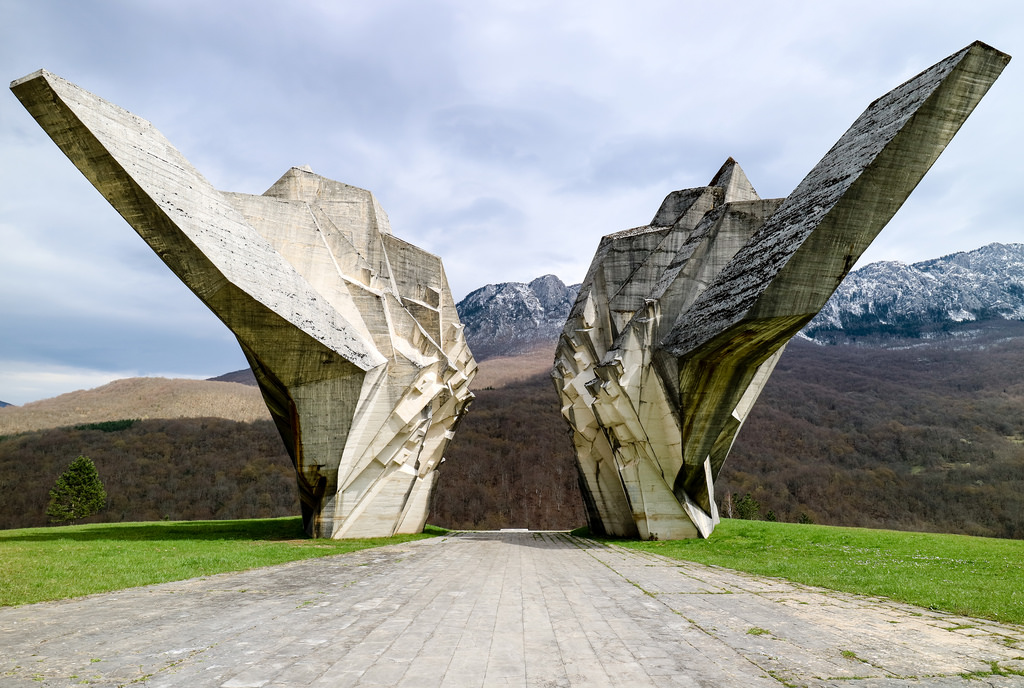 During the socialist era, they were popular sites of tourism, as well as school excursions. This shifted radically during the 1990s when the turn to nationalism brought a change in the perception of the monuments, which were now seen as symbols of a conflicting and ideologically undesired past. This often led to their destruction or abandonment. Because of their conflicted history, the monuments offer rich possibilities for interpretations and discussion. 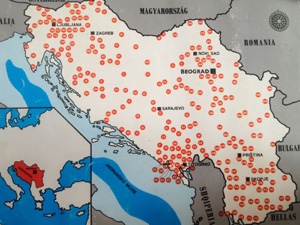 Historic map from 1978 of the Yugoslav Spomenik sites

While the Museum of Yugoslavia hosted a touring exhibition about the Spomeniks in 2016, they are not represented in the permanent exhibition at the museum. We used Artcodes to give them a physical presence in the museum. They could be scanned with a smartphone, triggering a digital interaction inside the Monuments app.

The Artcodes were placed so they were not always easy to spot, and sometimes even hidden intentionally. The Monuments app provided clues on how to find each marker. The purpose was both to introduce a playful activity of searching for the markers inside the museum space, and to let the placement of the markers reflect that many of the monuments are in remote locations, and hidden from public consciousness. Each Artcode served as an entry point to one of the existing monuments as well as to a specific theme. These themes were:

Artcodes used in the Museum

In the app, we presented the users with a series of poetic provocations. Our goal with these parts of the design was to invite a playful mindset which could trigger visitors’ imagination, build attentiveness, evoke emotions as well as facilitate reflection. The provocations were presented as playful challenges. They would prompt participants to put themselves in a specific state of mind, using their imagination and their bodies to interact with the museum environment. These challenges ranged from being light-hearted, to more emotionally challenging. 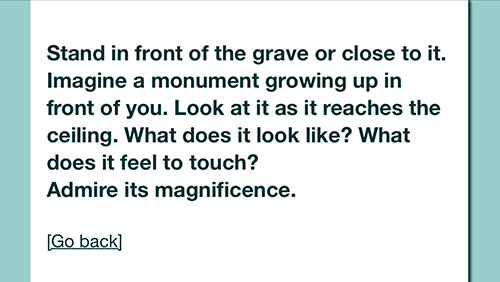 A moment of reflection

Furthermore, for each theme the participants were presented with a question which they could answer inside the app. The purpose was to provoke reflections on the different topics addressed, and to link the experience at the museum with personal life outside of it. After submitting an answer, it was possible to view answers from other participants.

The visitors who tested the Monuments app inside the museum viewed it as a very personal experience. They interpreted the challenges and questions as a way to make a personal and emotional connection with the historical content. One visitor described the experience as a “historical/emotional roller-coaster”. In this way, the experience became ‘bigger’– not just about learning history, but to some degree also about connecting with challenging aspects of life such as death, conflict and forgiveness. Play and imagination were also seen as ways to “communicate with the space” and putting the participant in an “active role”, as well as challenging them to think for themselves. They saw the questions in the app as ways to reflect and contribute, but also as concrete reminders that people have very diverse perspectives on things.