Seeing the museum with new eyes

Over the last 3 years, Blast Theory has developed an app that invites a visitor to see the museum through the eyes of someone else – a person they want to create a digital gift for. Their partner institution for this development was Brighton Museum, a city museum housing a wide range of artefacts from the local environs and around the world.

Brighton Museum’s curators wanted above all to build visitor engagement that did not detract from the objects on display. Therefore, Blast Theory’s app centred on voice – visitors listened more than looked, and spoke directly into their phones. The very personal tone and style immediately set the expectation for a reflective, thoughtful visit, and visitors could take as much time as they liked.

The app first offered visitors a gift of their own to open, created by museum staff. The gift gave visitors a context for what would be expected of them and what a gift could offer.

Once a visitor chose to make a gift, the app asked them to mentally select the person they would make their gift for before exploring the museum. It then asked them to select an object they thought would be particularly interesting to their receiver, take a picture from their own perspective, and record a personal message in their own voice. Visitors could include up to three objects in one gift, which they sent using one of several popular online sending and sharing services. In the spirit of a personal gift, though, the gift went only to its receiver, not to a social media platform.

It was a great opportunity to watch live prototyping and testing in action on a scale that we couldn’t do in-house. That experimental approach has influenced how we approach future digital interpretation projects.

One of the most important design intentions was to address the needs of museums who are attempting to respond to the rise of mobile digital media, often with small budgets, very small teams, and lots of time pressure.

You’re looking at the museum through fresh eyes.

The app was developed iteratively through a series of workshops and user tests at Brighton Museum from early 2017. In July 2018 Blast Theory organised a large public trial lasting three days, during which 170 visitors tried out the app. We gathered feedback through interviews and questionnaires, allowing us to conduct a thorough analysis of the user experience. The academic version of the analysis is published in this research paper. The final version was publicly available from early June through late September 2019. 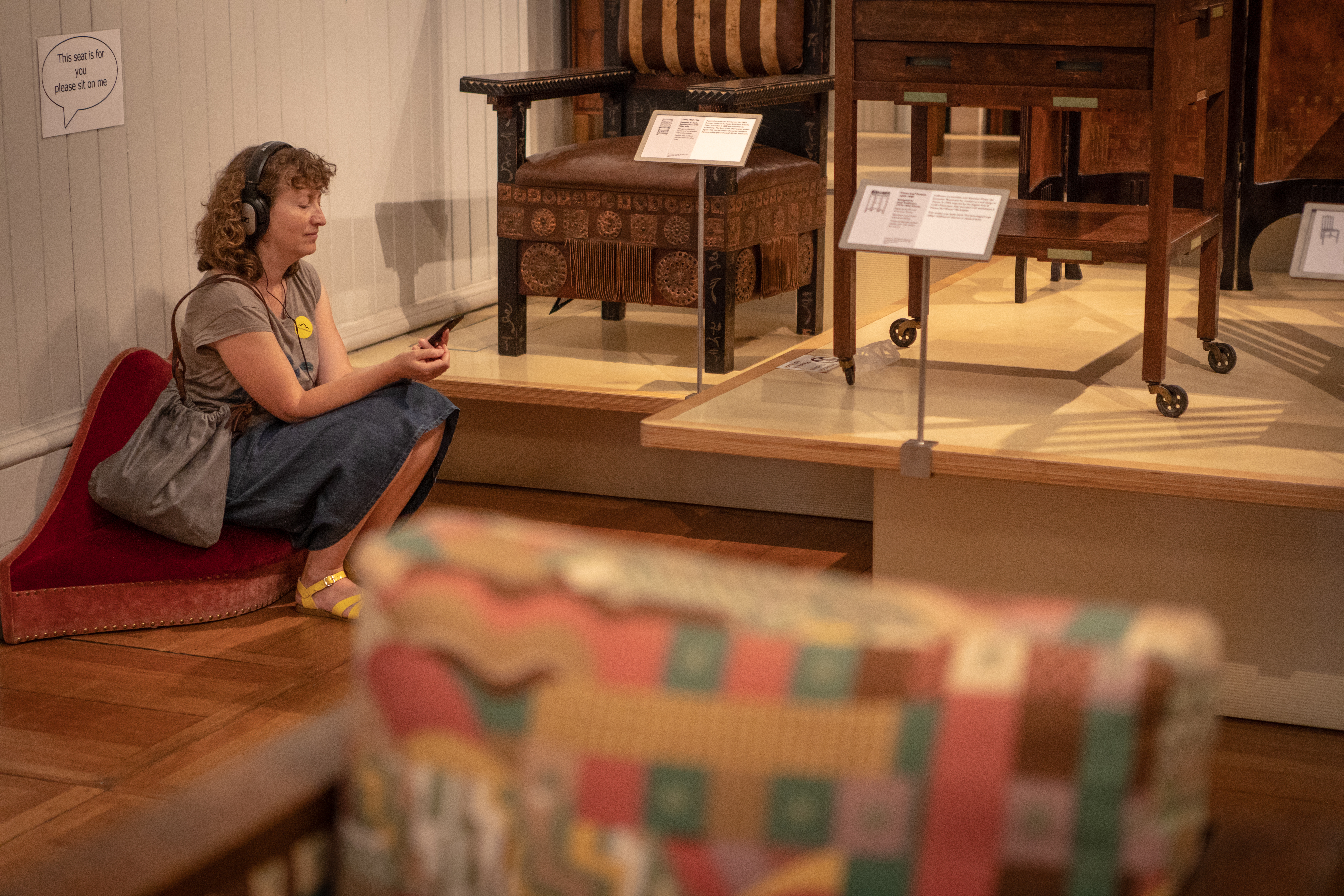 The most consistent reaction from visitors was that they felt the app offered them a new way of looking at museum objects or thinking about them. They saw the exhibition ’with other eyes’, or ’through fresh eyes’, looking with ’a different meaning’. One visitor explained that looking through another person’s eyes ’made art seem alive’. Another noted multiple levels of engagement happening at once: ’You’re actually looking for stuff that someone else would enjoy, but you’re also looking at your own experience and what your eye is drawn to’.

When we asked visitors whether they formed personal connections to any of the objects, many responded confidently: ’If you can choose good objects, you will feel a personal connection to those objects as well’. One person said she ’really engaged’ with objects she ’would have perhaps otherwise walked past’. Gift receivers felt particularly attached to the objects given to them and spent time examining them, even when ’I don’t think I would have necessarily looked twice at them’.

The act of using museum objects as digital gifts creates a triangle between giver, receiver and the object, in which the object becomes connected with the relationship between the giver and receiver. One of the receivers said that the process of finding an object ’brought back great memories and important things in our relationship’. 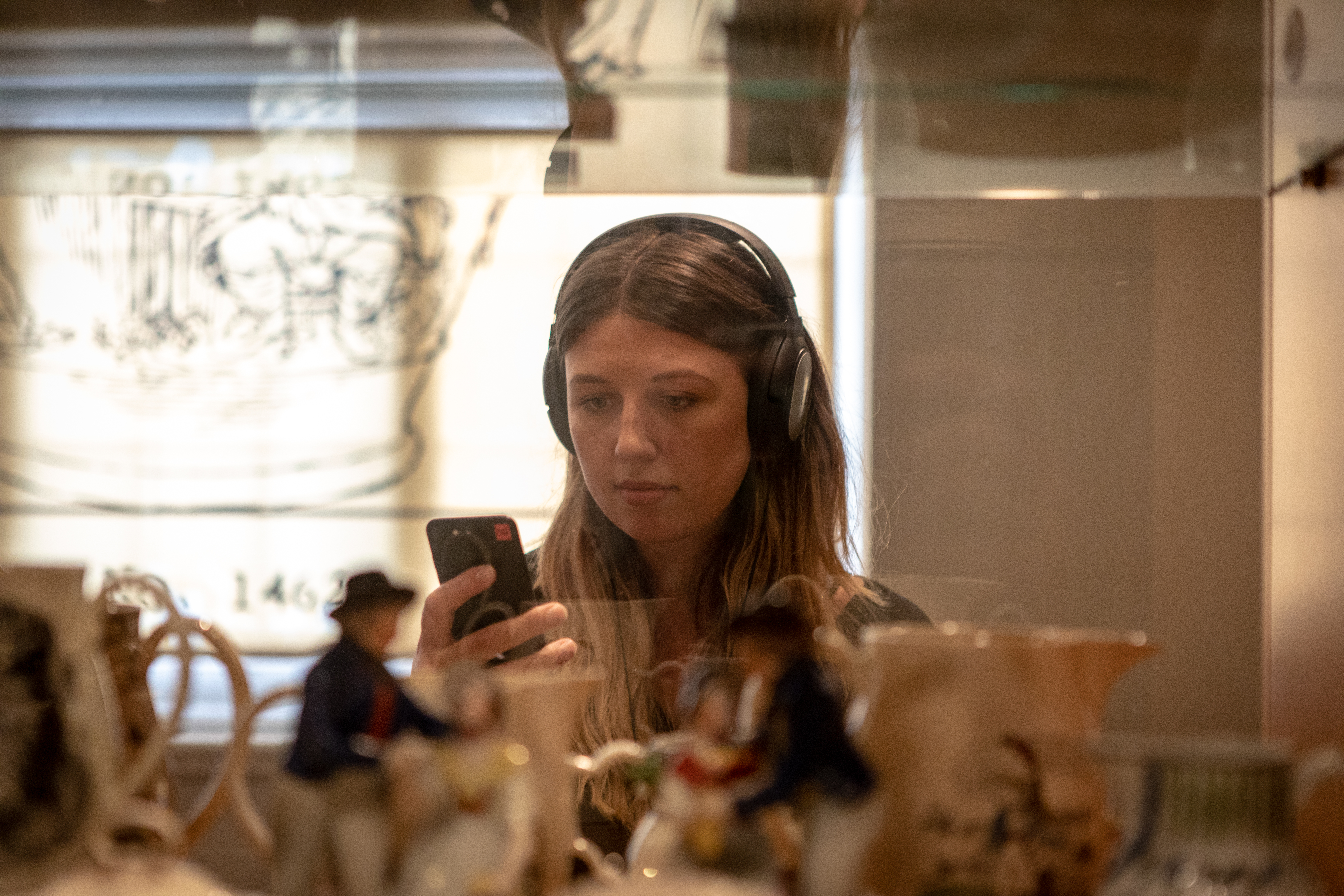